There is more than one path to achieving enlightenment, but a very effective way is to become spiritually one with God, ourselves, and the world around us. Spirituality in the 21st Century encourages you to follow your path toward spiritual discovery. It enhances your knowledge of spirituality, life, and the world. It details steps necessary to advance your spiritual understanding leading up to enlightenment. The book guides you through the growth process, providing key insights along the way. In it, you will find substantive answers to the question, “Why?” It’s a must read for any spiritual journey. 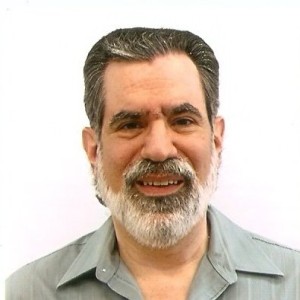 Frank P. Daversa is a published author who writes books and conducts interviews for the spiritual community to help them understand new and revolutionary ways to live and thrive in today’s world. He was raised in South Hempstead, New York. It was during his college years that he honed his writing skills. He earned his A.A.S. degree in 1981 with honors. Two years after earning his B.S. degree in 1986, Frank moved to Houston, Texas. He worked for 14 years in the corporate world before becoming a writer in 2007. He published his first web article on spirituality in 2008, and his first book, Young Adolf: An Alternate History, in 2011. He published his second book, Politics in America: A Guide to the Two-Party System, in 2012. Frank has been on a spiritual journey since contracting a serious illness in 1997, which motivated him to write his latest book, Spirituality in the 21st Century (available for purchase here). This illness inspired him to renew his faith in God, and view spirituality and life in a more enlightened way.